These are the examples of the case study to find your False Adult.

This woman initially sees working as a burden so she wants to get married to avoid working. She says she wants a marriage because she is lonely, but that is just an excuse. At least at this point it is because she does not agree with the suggestion of having only a boyfriend to ease her loneliness. If she insists that she feels lonliness, eventually this excuse will be manifested and she will feel lonely very much.
Her real aim is to have somebody feed and take care of her; she wants to avoid work and have others serve her. This thought is projected onto a future spouse, and she feels that the husband will be dependent on her in marriage, using her like a servant. Thus, she is hesitant to get married. This is her Something Strange. This is just her selfish train of thought.

In the dialogue, at the end she evades the question of marriage by stating that women should be self-reliant as well. The conflict thus goes on. The assumption that women should be independent is created right at this moment and will remain in her consciousness. With this thought, she will be more unlikely to get married in the future. In this case, what she must do is to first acknowledge her Inner Child’s real motive, that she wants to depend on her spouse. She needs to have a dialogue with Child Self, teaching her what the dependence entails; reliance on her husband will create some limitations and it could lead to no personal growth or development as long as she avoids her housekeeping duties since nothing will get done. If she truly wants to get married, she must instruct Inner Child to accept limitation and carry out the duties of marriage. Or, if she is to be self-reliant, she must tackle her job with a more positive attitude.
In either choice that she chooses, things will go more smoothly once she has modified her Inner Child. 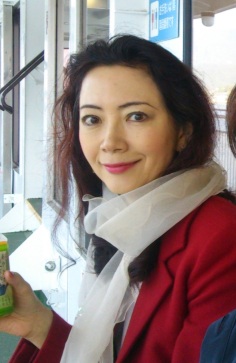 I am an instructor of Fractal Psychology®. This theory was born in Japan. I will share it with you worldwide in English. If you like, please send me some feedback. I really appreciate it. View all posts by guideofmonism

If you want to learn more..